God Nike shits me. And by that I mean I love them.

Nike’s marketing is so great that I’m almost certain no C-suite executive has ever dared storm down to the marketing troops and even attempted to tell them what to do, lest they be laughed out of the building. Such is the might with which marketers obviously lead the business.

We saw this in action a few weeks back with the brand’s You Can’t Stop Us campaign.

That campaign – led by an ad that captured headlines, social media feeds and eyeballs by the millions – is equal to if not the brand’s best work.

The effort to create it, cut from 4000 hours of sports footage, is immense. But it’s not what makes this campaign one of the GOATs.

To understand that is to understand Nike’s unwavering dedication to its brand position and slogan: Just Do It.

A cross section of audiences that meet in the middle

It’s not just Nike’s dominance of the professional sports landscape that makes them profitable. When you look back across their campaigns – hell, just look out the window – you’ll see where Nike’s bills are paid and legends made.

That would be on the feet and bodies of countless weekend warriors, semi-pros, gym junkies, gym flunkies, beginners, and the never-dids.

The brand has championed professional athletes so well across the years. Their campaigns involving the world’s most famous and impressive athletes are inspiring, humorous, serious and aspirational beyond even what their ambassadors could achieve.

But in equal measure, Nike champions the absolute legends who have a crack at breaking a sweat. 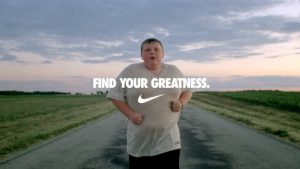 It’s this convergence between the elite and the street that sees Nike’s marketing team at their very best as storytellers for their brand. And that’s what Nike’s new campaign has done.

Finding the commonalities, and the channels that affect us

We’re more alike than we are different, and that rings true whether you’re an elite athlete or a pie eater like me.

And that is the missing gap that Nike has plumbed together – that we all hope to win, that we all hate early mornings, that we’ve all tried hard and either won, lost or landed somewhere between.

The emotional and creative execution is – without any doubt – what makes this campaign incredible.

That we may share the screen, nay, the same back-hand or basketball shot with the best in the business.

We may not be equals on the sporting field, but we move together.

That and the editing just looks really bloody amazing.

When you execute creative that well the channel becomes less of a feature of the campaign and more of a byproduct.

Nike could have put that anywhere and it would have done well. But they didn’t. They put it on Twitter first. As is the trend with Nike in taking a stand on issues, Twitter is the channel where people take sides and fight for their rights to say it. So it makes perfect sense that such a socially flammable channel was the vanguard for this.

And from there it went wild.

But perhaps the channel that was even more impressive was when Nike’s campaign tag showed up on the court itself when the NBA (American basketball) relaunched in a bubble at Disney World in Orlando.

Owning the message is one thing. Owning the court that it’s played on is a stroke of genius.

Measuring effectiveness for NIke is an interesting one. Did they get a sales bump? Are people more aware or feel differently about their brand. Look, I’ll put money on it that things moved positively for them.

But one interesting metric – the one that counts above all others – is their share price. Since the campaign was launched the brand’s stock has risen $US22 to $US118 off a fairly flat base (excluding the COVID drop and gain).

So did it shift the dial? Yeah, you could say that.

Just try to stop them. 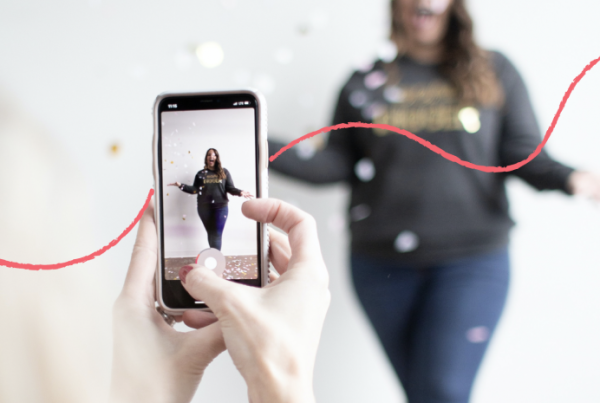 Let’s get Reel: The deal with Reels audio for business accounts

The rules and requirements for running social media competitions in Australia