She’s smart, she’s talented and – let’s face it – she pretty much dominates the music industry. Whether you’re a fan of her music or not, Taylor Swift knows how to make an impact. But it’s not just her remarkable songwriting that sets her apart from other artists – it’s Taylor’s incredible chops for marketing that are admirable at worst and world-class at best.

Of course, we’re talking about the recent release of Red (Taylor’s Version), an international launch that seems impossible to ignore. In an effort to own her discography, the re-release of her fourth studio album has conjured up a lot of emotions and nostalgia for her original fans. But it also speaks to a majority of us who wouldn’t say no to a little bit of revenge (cue the entire world extending their middle finger to Scooter Braun).

When the album dropped on 12 November 2021, Taylor broke not one but two Spotify records in one day. That’s more than 90 million streams in a single day for something she recorded ten years ago. Inconceivable! (The previous record holder was actually herself, when she released the surprise album Folklore during the pandemic.)

Her approach has always been incredibly strategic. Every channel is covered, and you can almost guarantee an insane amount of organic media exposure from all directions. So what can we as brand marketers learn from the elusive Taylor Swift?

Probably the biggest thing Taylor has taught us is that you can effectively repurpose and give fresh life to old content. While the lyrics to her songs have stayed the same, the album seems brand new with the little things that she’s changed or re-worked.

Taylor has always been a master of repurposing, keeping her fans entertained with revamped versions of old songs on tour. By breathing new life into your existing content, you are not only satisfying your original fans (i.e. your customers), but also widening the net to capture new ones as well.

Why not update some of your older articles with some new wisdom? Turn a podcast into a blog – or turn a blog into a social media carousel? There are dozens of creative ways to reuse your content that’ll get you #OutOfTheWoods (sorry).

Find creative ways to engage with your audience

Taylor knows her fans so well. It seems like she’s connected to them in a way that’s unlike any other artist. They love her, and they’re excited to see her win. Likewise, her loyalty to her fans is incredible, which speaks to how well she engages with them. (Like the time she surprised a fan at her engagement party, or the hand-written note she wrote to this fan when he finished his PhD).

And let’s not get started on all those clues she drops in her music videos that make her fans go crazy.

As a brand, look for out-of-the-box ways to add value to your customers and engage with them on a deeper level. This could be anything from building a community on Facebook, launching a social media campaign encouraging customers to create fun content, running a competition to mine ideas from your audience or a simple surprise and delight.

Everyone knows Taylor is a skilled songwriter. She lives her experiences and tells her story through lyrics, which resonates with her fans because they’ve lived and breathed it too. (Granted, many artists write songs based on their life experience, but I stan Taylor).

Before releasing her fifth studio album 1989, she said this:

“I think that what we need to start doing is catering our release plans to our own career, to our own fans, and really get in tune with them. I’ve been on the internet for hours every single night figuring out what these people want from me. And when it came time to put out an album, I knew exactly what to do.”

As a brand, find that connection between you and your audience. Use the same language they use, and mine online comments, forums or reviews for a tone of voice that will resonate with them. This will bring a humanness to your brand that will come across as genuine and relatable.

Quick decisions give you a competitive edge

The re-release of Red was actually supposed to happen one week later, but Taylor moved it forward when the mighty Adele began her secret campaign to drop a new album in November.  This change meant a near real-time pivot to accelerate the launch, which few in the industry could pull off. A small set of decision makers meant that Taylor could move quickly and successfully.

Brands, take note – if you spend too long deliberating over decisions, you might miss opportunities and be easily overtaken by your competitors.

Have a multi-pronged approach

Taylor…err…tailors her content specifically to the audience on each platform. Whether it’s dropping a new album, releasing a new music video or a short film, her channels are all well and truly integrated, capturing the attention of fans and non-fans alike.

But she doesn’t just cross-post the same content on each platform – Taylor maximises fan engagement on TikTok, while over on Instagram she reveals new song lyrics one post at a time.

(And let’s not forget the UPS truck takeover for her sixth studio album, Reputation.)

From dropping the 10 minute version of All Too Well to announcing Blake Lively’s directorial debut the very next day, Taylor’s multi-faceted approach is well thought out and cleverly orchestrated.

With more marketing channels than ever at our disposal, it’s easy for us as brand marketers to take the same creative and apply it to various channels. Instead, try adapting your content accordingly for higher engagement and action.

Taylor is re-recording her old albums as part of her ongoing mission to regain ownership of her masters. By doing this, she is showing the power of taking ownership of your work and your story.

For brands, this speaks to the importance of owning your own platforms to engage your audience in the long term – from first-party data to having a dedicated content platform for your brand to own the conversation.

Finally, Taylor Swift is a great example of how if you stay authentic and true to yourself (and your fans), you will triumph. People want someone they can believe in – and while they don’t expect you to be perfect, they want you to be authentic.

As a brand, you can help establish your brand’s authenticity through storytelling – share stories behind the innovation of a brand new product or service, or make customers part of your story through their experience. Podcasts, videos, blogs and case studies are all great ways to do this.

And always focus on providing original, valuable and relevant content to satisfy your audience’s needs. 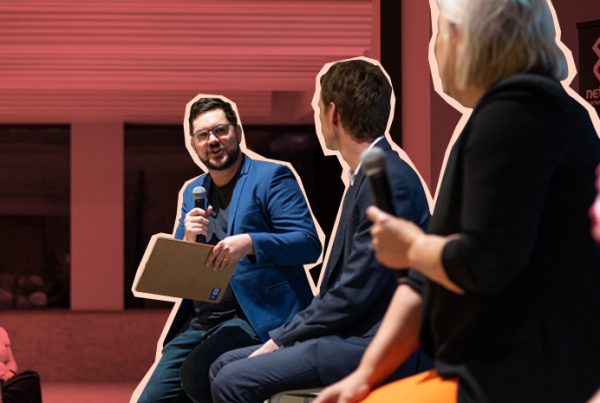