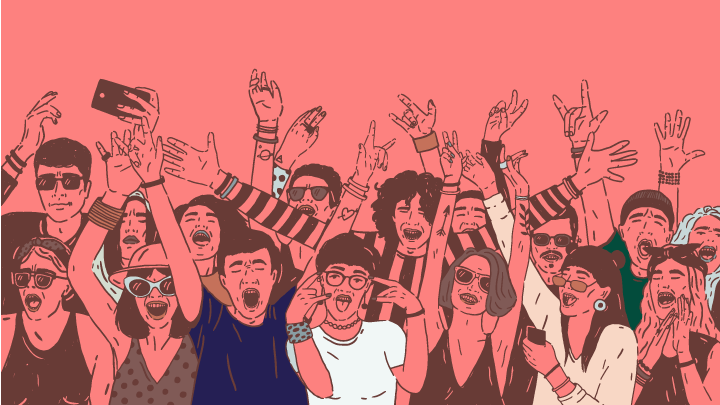 Since the dawn of on-screen entertainment companies have been trying to punch their products through our eyeballs.

From child actors munching down that tactfully placed box of sugary cereal on your favourite sitcom to those huge signs covering the field during every State of Origin (yay sport teams!), our eyes are constantly bombarded with marketing designed to beat us into brand submission.

But those tactics rely on big budgets and can feel a bit old-boot since the emergence of the wonderful world of the internet.

Being popular online has put many influencers (a spewy word) in the odd position of being a relatable and entertaining friend to their audiences, as well as in a position to make cash while promoting products in their voice.

Here are five examples we think are funny, wacky, a bit saucy and built to sell.

YouTube comedy duo Jack and Dean are no strangers to creating branded content, often teaming up with various companies to create a comedy sketch loosely related to the product or collaborators. The premise of Living Room Shootout revolves around four people, one last chocolate in the box, and some imaginary (and maybe not so imaginary) shotguns.

Jack and Dean made this great four-minute sketch to promote the film Free Fire, a movie with a similar wild, gun-wielding theme. This sketch is a fun, unique addition to Free Fire’s regular marketing roll-out of a trailer, some mid-roll commercials and the odd movie poster. Living Room Shootout gathered over half a million views and favourable views for both the sketch and Free Fire.

Who doesn’t love watching 20 strangers share a passionate first kiss? You probably did about five years ago. First Kiss was created as a fashion film in lead up to fashion week in 2014 for clothing company, WREN Studio.

The concept was simple: 20 strangers coupled up to share a passionate first kiss in black and white, accompanied by a soft piano soundtrack – and the internet’s hearts (and let’s be real, probably their pants too) went absolutely wild. In its first 72 hours online, First Kiss amassed over 40 million views. Intended as a fashion film in the lead up to fashion week 2014, the marketing for clothing company Wren is not inherently apparent in the video. However, it was compelling nonetheless, and the company reaped the rewards from its viral run on the internet. Now, in 2019, First Kiss sits with over 139 million views, and a short scroll to the comment section you’ll find remarks much like the following:

What do these comments tell us? Well, other than the fact that the user Rachel C overshares with both the internet and her dog, it also shows that it stirred up genuine emotions from the audience. Whether it reminds someone of their own first kiss, exasperated a conservative trawling the internet, or just made them smile, it gave the audience an experience that will stick with them throughout their day.

Wren Founder and Creative Director Melissa Cocker said of their fashion films, “I strive to make them an interesting film that exists on its own rather than something that feels like a commercial, and it seems to be touching people.”

Just FYI, this brand doesn’t exist any more. You be the judge…

We Had to Sneak Into His House!! by Zane Hijazi

The YouTube creator collective the Vlog Squad are a group of young, charming video-bloggers taking the internet by storm with each of their weekly videos getting millions upon millions of views from their insanely loyal audience worldwide.

Zane Hijazi, a Vlog Squad member with 3.1 million subscribers, teamed up with beer company Two Hats for what started out as a seemingly regular vlog. WE HAD TO SNEAK INTO HIS HOUSE sees Zane and fellow Vlog Squad member Matt King follow a treasure hunt that ultimately leads them to some six packs of Two Hats beer – and only then does it become clear that the video is sponsored.

Now, I admit that this video is not the most inspired of concepts. In fact, in my opinion, it has very little entertainment value – but I am clearly in the minority. Zane and Matt’s presence is on camera is natural and energetic as they crack in-jokes they clearly share with their loyal audience.

Scrolling through the comment section of this video (which currently sits at over 3 million views) you’ll find comments along the lines of:

It becomes clear Two Hats has decided to invest in Zane and his influence over an insanely loyal audience as opposed to content that stands out. At least Zane and Matt looked like they had fun making the video.

TomSka VS Oreo by Tomska for Oreo

And now for the wacky. TomSka is a comedy YouTuber with 5.8 million subscribers famous for his hilarious, somewhat grim, videos with more twists and turns than M.Night Shyamalan at a round-abou. And TomsSka VS Oreo, made in support of Oreo’s Play with Oreo campaign, is no different.

Unlike the previous examples, this video is not subtle about their sponsorship from a corporate giant. At one point, the ashes of their ‘integrity’ is transformed into a pile of delicious looking Oreos. But the creator’s clear disdain for making content sponsored by big-cookie adds to the charm of the video.

The video takes a dark turn, with the two main characters essentially trying to cover up the Oreo-related death of their friend. Strangely, the video does nothing to make Oreos look appealing, with the video ending in the Oreo-themed destruction of the earth – yet strangely I finished the video with a hunger for some ‘cookies and white stuff’.

YouTuber David Dobrik, also a member of the aforementioned Vlog Squad, is considered something of a YouTube giant with a channel that sits at over 12 million subscribers. Known for his fast-paced vlogs filled with crazy stunts, brushes with deadly animals and scripted comedy bits, David Dobrik has collaborated with the likes of Kylie Jenner, John Stamos and has been sponsored by huge companies such as Marvel, and has even had US fast food chain Chipotle name a burrito after him. Needless to say, Dobrik has a huge reach with his insanely loyal audience, and companies are quick to make use of that.

One such company is ticketing company SeatGeek – a frequent collaborator with David Dobrik’s vlogs. However, instead of paying for an insane stunt, getting Dobrik to name-drop the company during a sketch, SeatGeek sponsorship comes in the form of helping Dobrik purchase a brand new Mercedes Benz for his hometown friends as a coming-out gift. The video is funny, honest and tugs at the heartstrings as Dobrik helps his friend, Reggie, have the best coming-out experience one could imagine.

This isn’t the first time Dobrik and SeatGeek have teamed up. In the past year, SeatGeek has helped Dobrik purchase over 10 brand new cars (ranging from Teslas to Jeeps) as giveaways, with each video getting well over 7 million views. It’s not the cheapest of marketing investments, but SeatGeek has clearly invested wisely with Dobrik and his audience, generating over 125 million organic views (according to SeatGeeks marketing video) thanks to influencer marketing. 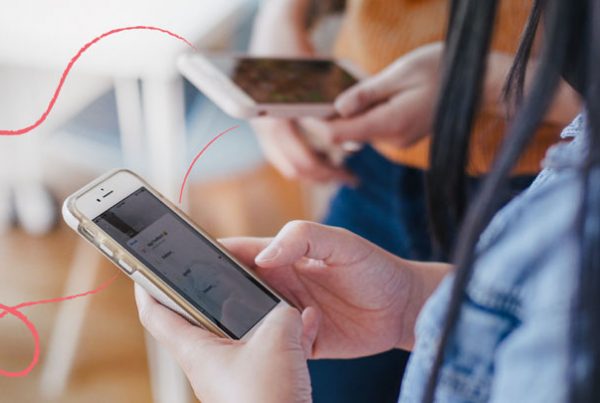 Do marketers really know what consumers want on social media?