Should advertisers be ‘cancelled’ because of where their ads appear? 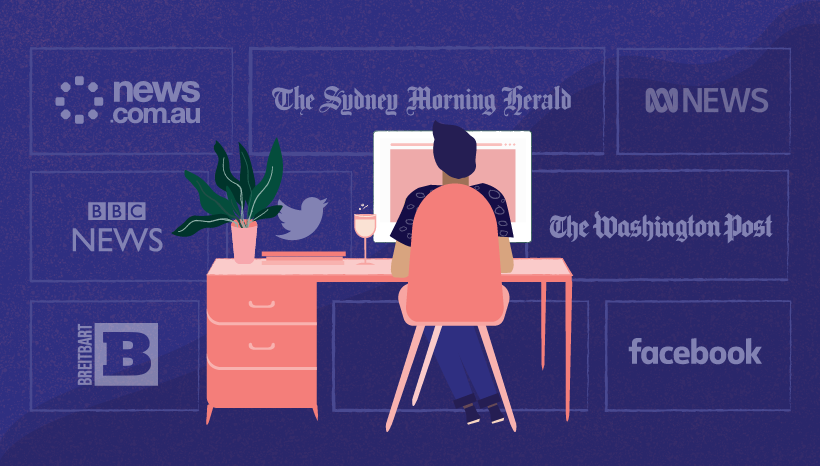 Brands are increasingly coming under fire from media-savvy consumers for the editorial environment their ads appear in – but are these expectations fair on advertisers?

In the three years since US marketing professionals Matt Rivitz and Nandini Jammi formed Sleeping Giants, a social media activism initiative that aims to discourage brands from advertising with far-right outlets, companies have faced a new level of scrutiny about where they choose to spend their ad budget.

Offshoots of Sleeping Giants have appeared around the world, including Australia, where the anonymously run Sleeping Giants Oz account directs its 30,000+ followers to lobby advertisers to pull their support from platforms that spread ‘racism, bigotry, misogyny and climate change denial’.

These concerns about brand safety have coincided with the rise of programmatic media buying and the popularity of platforms like YouTube, which has been criticised for its potential to place ads next to extremist or illicit content. Last year, the UK marketing director for Google Ads admitted YouTube may never be “100%” brand-safe because of the “reality of the platform”.

In February, the Commonwealth Bank responded to criticism from a Sleeping Giants Oz follower for advertising with Sky News with an assertion that “none of our advertising on any media platform should be seen as an endorsement or otherwise of their editorial content”.

But is that a reasonable position to take?

We put the question to a range of advertising agencies, media buyers and industry figures: Should advertising on a media platform be seen as an endorsement of their editorial content?

It is a really interesting question.

What we see in the market is consumers increasingly becoming aware that content online is funded by advertisers and they see the funding as an endorsement of the content.

The reality is that there are so many factors that lead to an ad being adjacent to a certain piece of content and most of those factors have more to do with audience targeting than anything else. But consumers increasingly look at this situation through a binary lens of, ‘Brand X would not fund the creation of something they did not endorse, their ad is funding it… so they must endorse it’.

The social and political environment is getting more complex and polarised. This polarisation is leading consumers to become very sensitive to what brands stand for and what they endorse. Now more than ever before, consumers look at ‘values’ before they look at ‘value’, and as a result, consumers are increasingly not just looking at the content, but what does the platform as a whole stand for.

We often see that when a platform distributes user-generated content, consumers will not just hold the content creator responsible, but also the platform itself and the brands that fund its operations through advertising.

While brands have some rights to proactively advertise their products and services, the brands have a more important obligation to be socially responsible.

If you asked me this five years ago, I would have said, ‘No, advertisers pay platforms for exposure, not to support the platform itself’. And I still feel that, in principle, advertisers shouldn’t be seen as sponsors of editorial content. But, in practice, there’s so much synergy between advertising and content – everything has developed a political bearing – that brands have to operate as though their ad dollars were endorsement dollars.

In the past, brands generally aimed to be apolitical. Consumers accepted their passivity and rarely demanded them to take a stand on key issues. That is absolutely not the case any longer. People have become savvy to how much corporate spending influences society and politics and, at the same time, they’ve become savvy to how much their consumer dollars can influence corporate spending.

Consumers can effectively demand accountability on social and political issues by withholding their spending – and, thanks to the reach and amplification of networking platforms, consumers can easily organise boycotts, etc. What this boils down to is that brands, like it or not, have become political and, in turn, how they spend their money has taken on a political bearing.

That means if you’re a brand looking at spending ad dollars on a media platform, you have to take into consideration what that platform represents politically. Your ad spending may not be seen as an outright endorsement of specific editorial content, but it will not be seen in the perfectly transactional, apolitical light that it would have back when programmatic started and you were only concerned with the user and it didn’t really matter where the user was at the time you serve them an ad. As time has gone on, we’ve had to start thinking differently, and you now see blacklists and whitelists as part of virtually every campaign.

Ultimately, even if advertising on a particular platform will give you the best chance of reaching consumers, there’s just too much potential reputational downside these days to advertising on content that doesn’t align with the values you’ve had to cultivate as a brand operating today.

Advertising with a media platform shouldn’t be seen as an endorsement of their editorial content, but it almost always is. And that’s just not right.

If I am a marketer and I find a platform that can provide me not only with the target audience, but with an engaged audience for my products and services, that should be enough. I should be able to strike a business relationship whereby I advertise and generate the necessary result from there. Why can’t it be a very transactional relationship? I don’t have to agree with or support the editor and their judgments and I am adult enough to make up my own mind.

However, I have had and continue to have a lot of conversations with clients and their media, content and PR teams who question a particular platform because of their editorial content and stance on major issues of the day. Unfortunately, advertising on a platform does come across as support, tacit or otherwise, when it really isn’t. And therein lies the issue – the tension between perception and reality. I believe reality matters, but the perception seems to matter most nowadays.

The problem is that my clients are found to be guilty by association when they are doing their job for their shareholders. More and more it seems that a brand that advertises on a platform is seen as some form of endorsement, because what right-minded marketer would support something unless they believed in it?

Well, to be honest, the job of a marketer is not to believe in it but to take themselves out of the equation. Be objective in a subjective world. Find the most cost-effective way to an audience for your business. Some will have you believe that by advertising on a NewsCorp platform, you share the same values and decision making as Rupert and his team. I don’t agree with Rupert or his editors on most things, but they do have very potent channels which can sell my clients’ products and services and that is why I use them and will continue to do so.

I think Kylie Sandliands is a complete arse and I am sure if he knew me he would say the same about me. I don’t like the things he says and how he goes about things but I cannot ignore his programme and station because they work well. If I placed myself into that decision-making process then I would not be doing my job properly.

If I was the brand manager of Chux I would be all over MAFS because I know my product can clean up the biggest mess. But I think the show is a complete bloody nightmare and dumbs us down. I have never watched it and will never watch it. But I do listen to the office gossip, laugh and roll my eyes equally. And I love reading about James Weir’s take on the latest drama. (He’s bloody brilliant, by the way.) But I don’t endorse the show.

I will use it to my own end, and that’s my job as a brand manager – to take myself out of the process and make decisions based upon the most effective way to market.

My take, based on what we observe in the market and what clients and advertisers and marketers are telling us all the time, is that you have to apply some nuance to this.

Most advertisers would be very concerned if their brand was appearing in an environment with illegal or immoral content, or next to pornographic content. Everybody would be concerned there, because everybody has some boundaries.

On the other hand, nobody wants their stuff to appear anywhere that’s so bland and so innocent that you actually haven’t got any eyeballs looking at it, either. In that sense, controversy is a good thing, so you actually have to assess it on a case-by-case basis.

In other words, you’ve got to stay in control of your brand. You’ve got to be a marketer and make sure that you’re looking at that stuff all the time. There’s no autopilot, there’s no set-and-forget.

Quite rightly, a lot of brands get slammed for appearing on things like Alan Jones’ show when he goes completely over the top, as he often does, or Sky News, or other places broadcasting content that goes too far. Advertisers have to look out for this stuff. That’s part of the job.

There’s no black-and-white, yes-or-no answer to this. You have to be nuanced, and you have to make sure that you’re making decisions according to the circumstances that prevail at the time. That’s the job of the marketer.